My new book, ASP.NET Core in Action, Second Edition is available now! In this post I describe a little bit about the process of updating the book, talk about what's changed from the first version (and why), and describe the table of contents in brief. 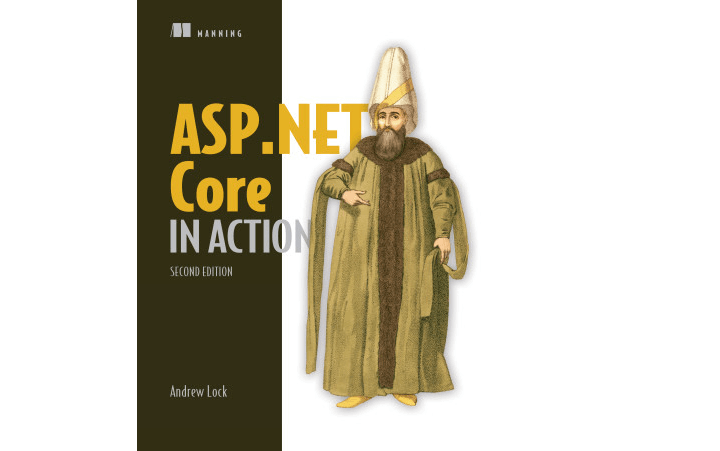 If you'd like to see some of the content of the book, I have a couple of samples taken from the book in previous posts:

You can also use Manning's LiveBook functionality to read snippets of the book online.

Why create a second edition of ASP.NET Core in Action?

In those two years from inception to publishing, the book had gone through many changes, not least in part due to the large changes that took place in .NET Core itself. During that time .NET Core had moved from version 1.0, through 1.1, to version 2.0 and even 2.1! .NET Standard was introduced. Microsoft's Current vs LTS support policy was introduced.

I managed to keep the book up to date through these changes, with the book releasing shortly after .NET Core 2.1 was released, but at that point, things were set in stone. Luckily for me, the biggest breaking changes occurred from 1.x to 2.x, so I covered those in the book. However, ASP.NET Core 3.x introduced various features that the first edition didn't cover. To name a few:

In January of 2020, some time after .NET Core 3.1 had been released and 6 months since the announcement of .NET 5, I reached out to Manning to see if they would be interested in a second edition of the book. The goal was to target the release of the second edition of the book shortly after the .NET 5.0 release. I'm happy to say we achieved that, and the book was published in March of 2021.

What are the headline changes in the second edition of the book?

I highlighted the headline changes in the previous section, but I'll describe those changes in a little more detail here, along with other changes I made. The book is over 100 pages longer than the first edition (a whopping 832 pages, compared to 712 pages in the first edition), but there have been some larger structural changes too.

The biggest change in the first part of the book is the focus on Razor Pages. In the first edition, I mentioned Razor Pages, but didn't focus on them. This was partially due to timing (I had largely written the first half of the book before Razor Pages were released with .NET Core 2.0), but I also wasn't sure if they were going to be popular, or if I really liked them.

Since then, I've adjusted my view on Razor Pages, and I consider them the way to do page-based server-rendered web applications in ASP.NET Core. In many ways they're no different to the traditional MVC controllers and views you'll be used to if you're a "classic" ASP.NET developer; you're still separating view/controller/business logic. But they make your code base far more cohesive and easier to navigate.

I know many people still aren't convinced by this argument, but most of the reasons I've seen against them are based on "gut feel" or straw man arguments. You can still use the MVC pattern with Razor Pages, as I discuss in a previous post (and in the book).

Consequently, chapters 4-8 of the book have been rewritten to focus on Razor Pages, instead of the "classic" controllers and views approach. This required a lot of rethinking and restructuring of the content, but I believe the book now closer matches the approach I think developers should be taking, especially for new applications.

Another big change in ASP.NET Core was introduced in .NET Core 3.0, where we moved to use endpoint routing by default. This was a breaking change for applications (though you could continue to use the "old" approach if necessary), and in my experience can be the source of some confusion. Instead of having a single "MVC" middleware, we now have two pieces of middleware:

I've found this split is quite difficult for newcomers to understand, but it can be extremely powerful. By splitting the middleware in two, you can insert middleware between them, enabling you to take actions based on which endpoint will be executed, before it does.

Endpoint routing also makes it easier to create "lightweight" endpoints, that use all the power of routing and route templates, without requiring MVC or Razor Pages.

Teaching endpoint routing in the book required a range of updates:

Endpoint routing is one of the biggest breaking changes in moving from ASP.NET Core 2.0 to 3.0, and is one of the hardest to get your head around. Frankly, it was the biggest motivation for me to update the book. But there are some other nice features that I wanted to include too.

The [ApiController] attribute was introduced in ASP.NET Core 2.1, and provides a way of applying various conventions to controllers that are used to build HTTP APIs, for example:

If you're building HTTP APIs then this attribute is well worth looking at, so I included a new section in Chapter 9 about [ApiController], the benefits it brings, and what it leaves out.

ASP.NET Core 2.1 introduced IHttpClientFactory as a dependency-injection focused approach to solving some of the long-standing issues with HttpClient. I added a new chapter in the second edition of the book, Chapter 21, which describes the problems with HttpClient, and how IHttpClientFactory addresses them. I discuss named and typed clients, show how to use Polly to add transient fault tolerance, and show how to build a custom HttpMessageHandler.

The "generic" or IHost host support refers to the fact that ASP.NET Core 3.0 and 5.0 have been rearchitected so that you can use them for non-HTTP workloads. This was technically possible in ASP.NET Core 2.1, but I wasn't a fan of the implementation (though I totally understood and agreed with the reason for it).

I suspect one of the most common uses for the generic host support is for running message-queue processors. These are applications that don't receive web traffic, but instead process messages from RabbitMQ, Kafka, or other message queue. Using IHost means you can still use some of the features of ASP.NET Core, like the configuration or dependency injection systems, even though you don't handle web traffic.

Quartz.NET is just one of the open-source libraries I mention or demonstrate in the book. I think I'll do a separate post highlighting all the projects I discuss, partly as a way to say thank you to everyone who's worked on them!

There are obviously many smaller or self-contained changes I made to the second edition, too many to mention here. I definitely experienced some (self-inflicted) scope-creep during the update, but I think the book is better for it in the end!

What does the second edition book cover?

I've already covered some of the changes in the second edition, but I figured it would probably be useful to give an overview of the whole book. You can read the full table of contents at manning.com, as well as look inside at samples, but I thought I'd provide a high level overview of each chapter here:

Obviously this is a very brief overview of a hefty book, but hopefully it gives you a taste of what's included! One area of ASP.NET Core that I don't cover at all, as it's a huge topic on its own, is Blazor. Luckily Chris Sainty is working on Blazor in Action, which is available to purchase now, and is due for publication later this year!

ASP.NET Core in Action, Second Edition is available now, in both electronic and paperback form! In this post I gave an overview of some of the changes from the first edition of the book and why I made those changes, as well as an overview of the full table of contents. Remember, if you buy the second edition of the book (thank you! 🙂), you get an eBook version of the first version free! 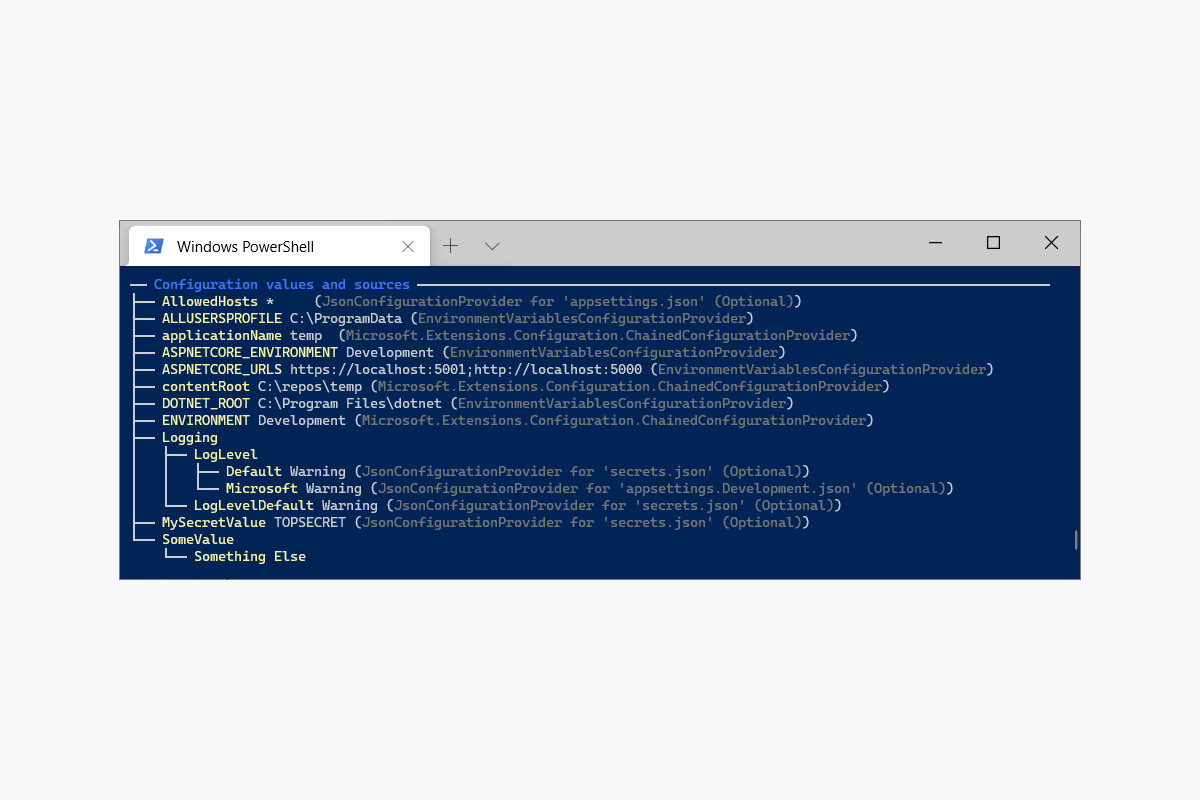 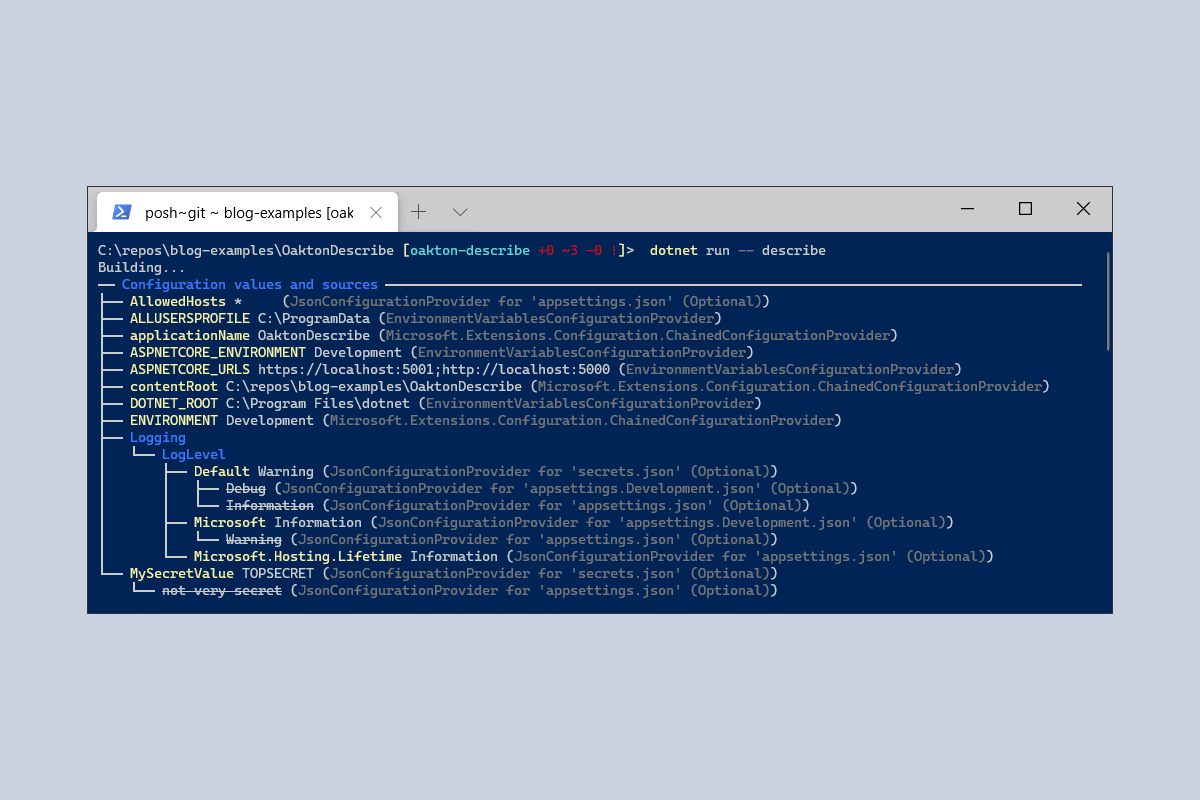