This post covers a couple of gotchas I experienced upgrading an IdentityServer 3 implementation to IdentityServer 4. I've written about a previous issue I ran into with an OWIN app in this scenario - where JWTs could not be validated correctly after upgrading. In this post I'll discuss two other minor issues I ran into:

Both of these issues are actually quite minor, and weren't a problem for us to solve, they just caused a bit of confusion initially! This is just a quick post about these problems - if you're looking for more information on upgrading from IdentityServer 3 to 4 in general, I suggest checking out the docs, the announcement post, or this article by Scott Brady.

1. The JWKS URL has changed

OpenID Connect uses a "discovery document" to describe the capabilities and settings of the server - in this case, IdentityServer. This includes things like the Claims and Scopes that are available and the supported grants and response types. It also includes a number of URLs indicating other available endpoints. As a very compressed example, it might look like the following:

In our move from IdentityServer 3 to IdentityServ4, the JSWKs URL did just that - it moved from /.well-known/jwks to /.well-known/openid-configuration/jwks. The discovery document obviously reflected that, and all of the IdentityServer .NET client libraries for doing token validation, both with .NET Core and for OWIN, switched to the correct URLs without any problems.

Obviously it was a simple hack to update the hard coded URL to the new location, though a much better solution would be to properly parse the discovery document.

2. The KeyId of the signing material has changed

This is a slightly complex issue, and I confess, this has been on my backlog to write up for so long that I can't remember all the details myself! I do, however, remember the symptom quite vividly - a crazy, endless, redirect loop on the client! 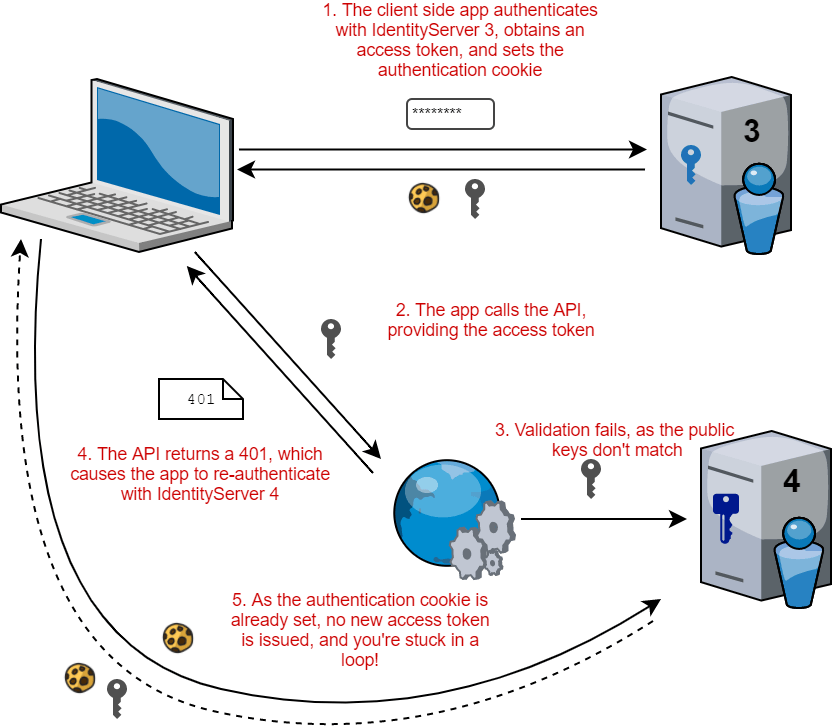 It's possible that this issue manifested as it did due to something awry in the client side app, but the root cause of the issue was the fact a token issued by IdentityServer 3 could not be validated using the exposed public keys of IdentityServer 4, even though both implementations were using the same signing material - an X509 certificate.

In order to validate an access token, an app must obtain the public key material from IdentityServer, which it can use to confirm the token was signed with the associated private key. The public keys are exposed at the jwks endpoint (mentioned earlier), something like the following (truncated for brevity):

As you can see, this JSON object contains a keys property which is an array of objects (though we only have one here). Therefore, when validating an access token, the API server needs to know which key to use for the validation.

The JWT itself contains metadata indicating which signing material was used:

As you can see, there's a kid property (KeyId) which matches in both the jwks response and the value in the JWT header. The API token validator uses the kid contained in the JWT to locate the appropriate signing material from the jwks endpoint, and can confirm the access token hasn't been tampered with.

For those interested, IdentityServer3 uses the bae 64 encoded certificate thumbprint as the KeyId - Base64Url.Encode(x509Key.Certificate.GetCertHash()). IdentityServer 4 [uses X509SecurityKey.KeyId] (https://github.com/IdentityServer/IdentityServer4/blob/993103d51bff929e4b0330f6c0ef9e3ffdcf8de3/src/IdentityServer4/ResponseHandling/DiscoveryResponseGenerator.cs#L316) which is slightly different - a base 16 encoded version of the hash.

Our simple solution to this was to do the upgrade of IdentityServer out of hours - in the morning, the IdentityServer cookies had expired and so everyone had to re-authenticate anyway. IdentityServer 4 issued new access tokens with a kid that matched its jwks values, so there were no issues 🙂

In practice, this solution might not work for everyone, for example if you're not able to enforce a period of downtime. There are other options, like explicitly providing the kid material yourself as described in this issue if you need it. If the kid doesn't change between versions, you shouldn't have any issues validating old tokens in the upgrade. 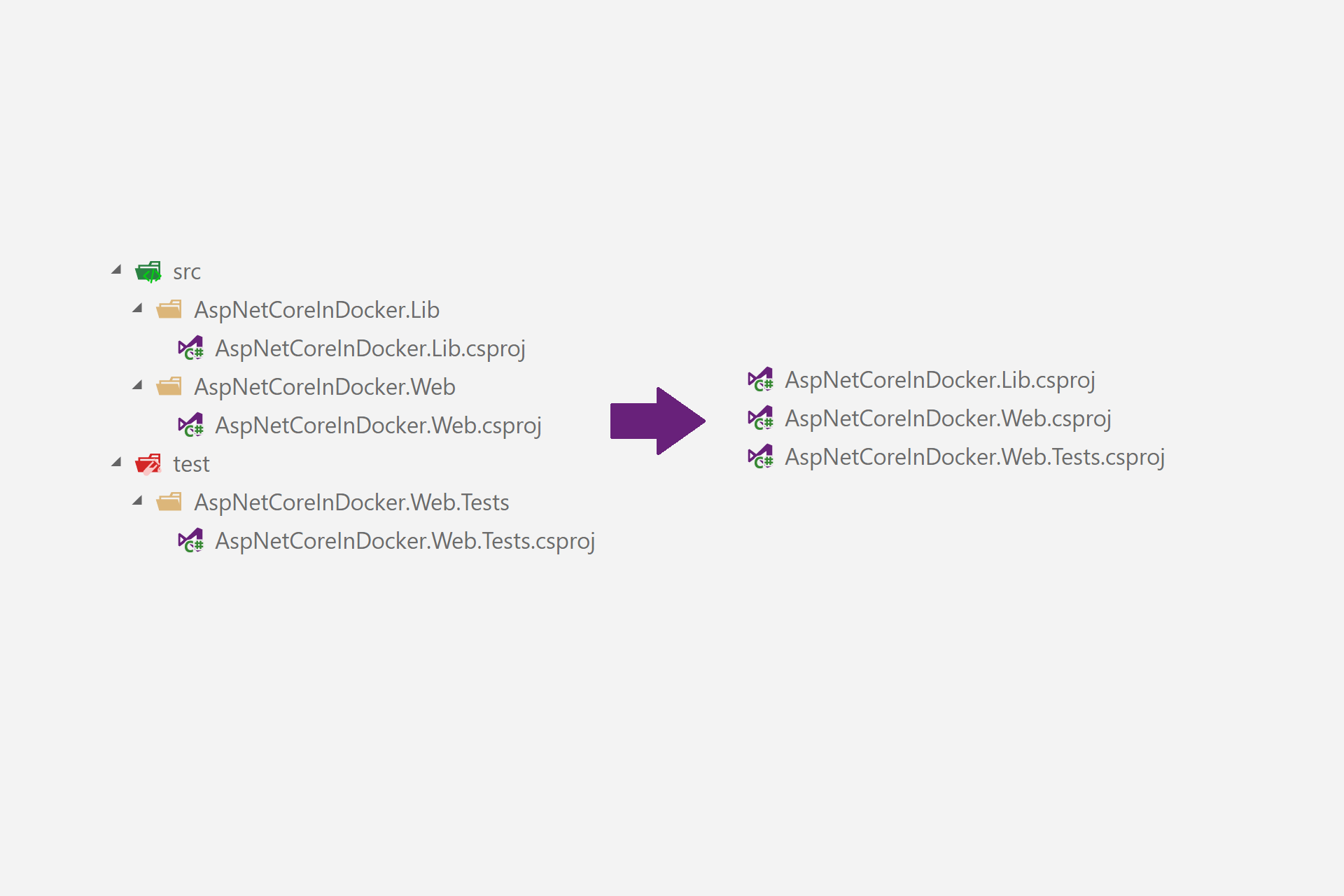 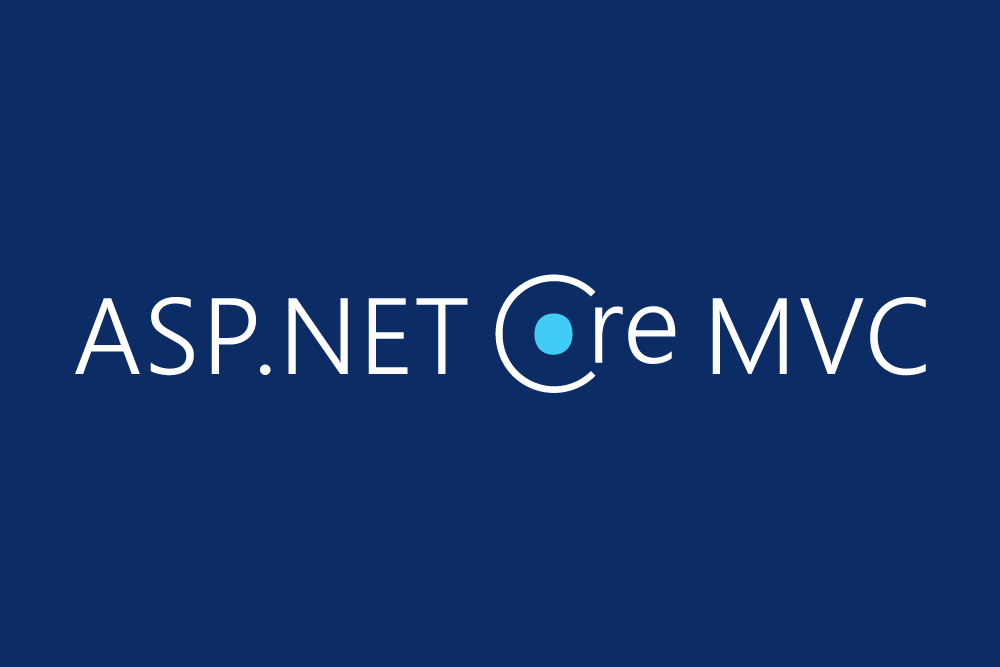