In a recent .NET Community Standup, a new library was introduced that's being built by the Azure team - Microsoft.FeatureManagement. In this post, I give a brief introduction to the library and how to use it in an ASP.NET Core app. This post just covers the basics - in later posts I'll show some of the ASP.NET Core-specific features, as well as how to create custom feature filters.

Microsoft.FeatureManagement is currently in preview, so some details may change when it's properly released.

Microsoft.FeatureManagement is built on top of the Microsoft.Extensions.Configuration configuration system used in ASP.NET Core (but which can also be used in any .NET Standard app). It provides a centralised but extensible way for adding feature flags to your system. This lets you roll out new features to a subset of users, limiting the availability of a feature by time, or performing A/B tests, for example.

If you're building an app of any size, it's very likely you'll already be using feature flags, and you may well be using the configuration system to control it. Microsoft.FeatureManagement mostly just formalises this approach, so if you're not using your own version already, it's worth taking a look.

How it works: simple feature flags

In this example, I'm using an ASP.NET Core Web Application (Razor Pages) with Individual Authentication, but you can use any .NET Standard app that uses the Microsoft.Extensions.Configuration system.

First you need to install the Microsoft.FeatureManagement package. The package is in preview at the time of writing, so you'll need to enable the "previews" checkbox if you're using the NuGet GUI, and use the full version string if you're using the dotnet CLI:

After adding it, your .csproj file should look something like this:

Now you can add the required services to your DI container:

That's all the infrastructure out of the way, so it's time to actually add the flags to your application.

In order for the FeatureManagement library to "discover" your features, you should create a "FeatureManagement" section in your app's configuration. Each sub-key of the section is a separate feature flag. For example, in the following appsettings.json file, we've created a single feature flag, NewWelcomeBanner, and set it's value to false

Remember, this is all driven by the standard ASP.NET configuration providers, so another way to configure the flag would be to create an environment variable FeatureManagement__NewWelcomeBanner and set its value to "false".

You now have a feature flag (currently disabled) available to your application, but we're not using it anywhere yet. Open up the code-behind for the home page of your application, Index.cshtml.cs, and inject the IFeatureManager into your page:

You'll notice that the feature is a string value, which should match the value you used in your configuration, "NewWelcomeBanner". You can add a property to PageModel, and set it conditionally based on the value of the feature flag:

When you run your app, the feature flag is disabled (as we disabled it in configuration), so you'll see the standard "Welcome" headline: 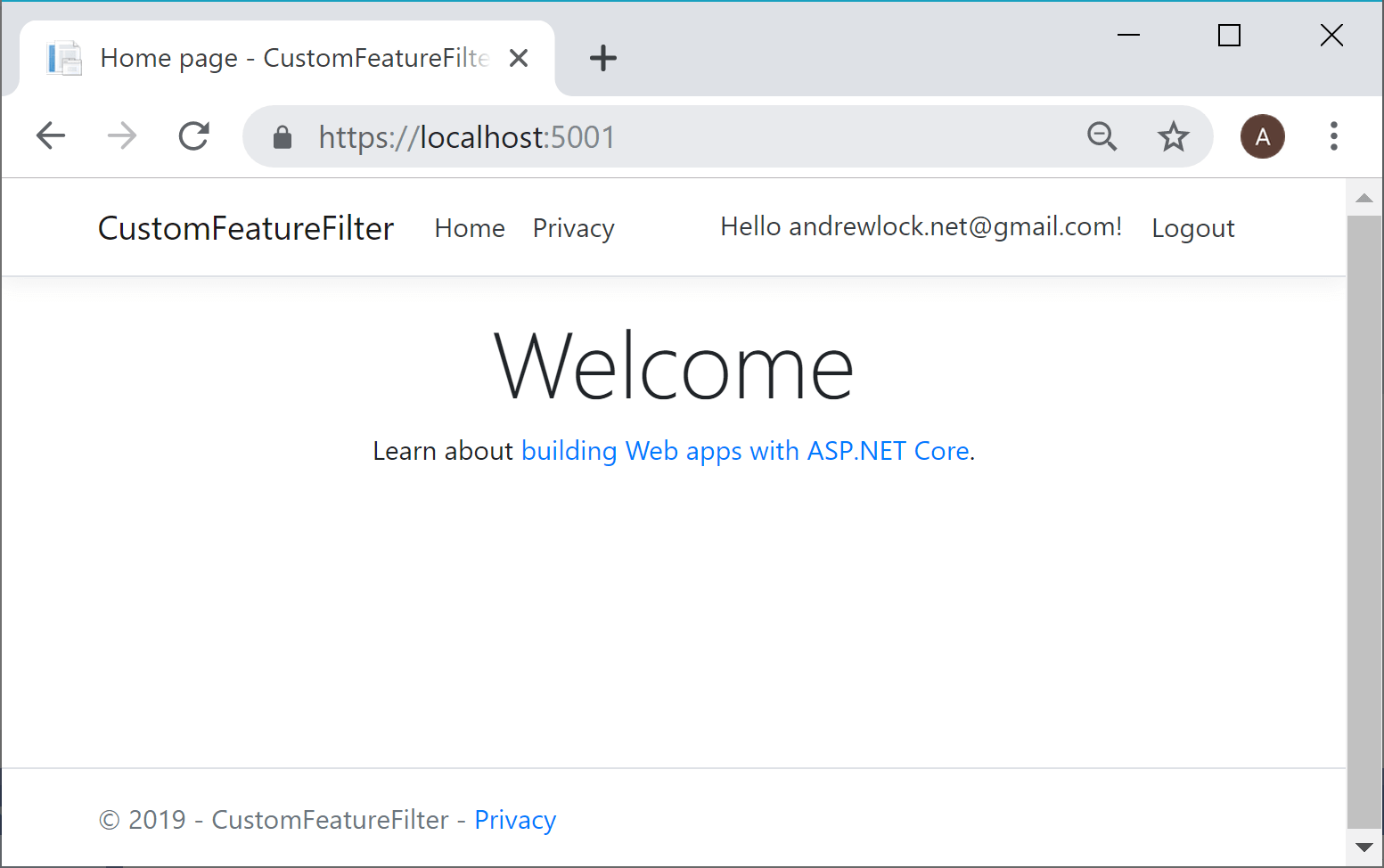 However, if you edit your appsettings.json file, set "NewWelcomeBanner": true, and reload the page, you'll see that the feature flag has been enabled, and the new banner is visible. 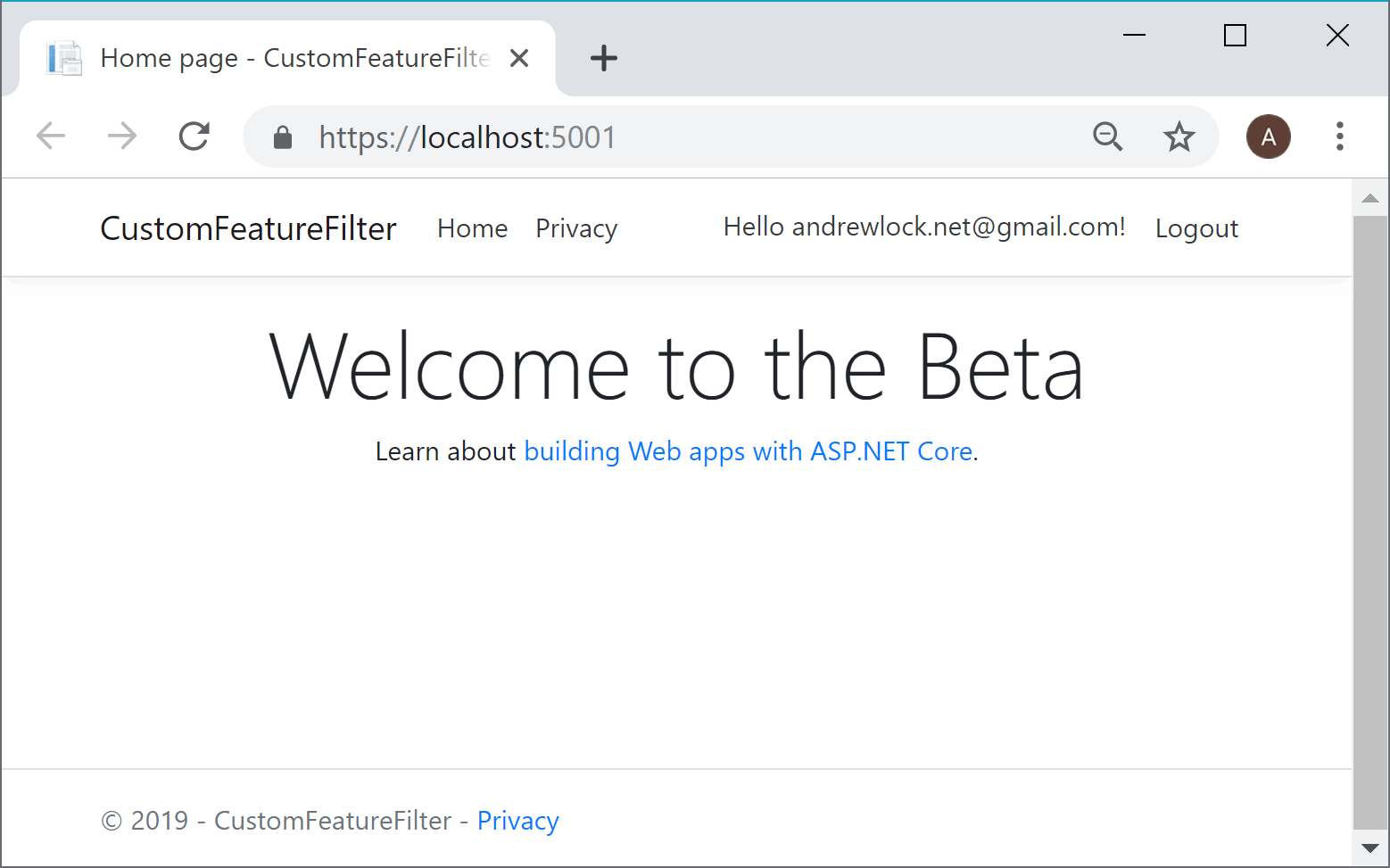 As already pointed out, the Microsoft.FeatureManagement library relies on the underlying configuration system, so if you want to adjust feature flags dynamically like this, you'll need to use a configuration provider that supports dynamic updating of configuration values like the file providers or Azure Key Vault provider.

Feature flags are identified in code using magic-strings: "NewWelcomeBanner" in the previous example. Instead of scattering these around your code, the docs recommend creating a FeatureFlags enum, and calling nameof() to reference the values, e.g:

Personally, I think I'd prefer to just use a static class and string constants, as it reduces the verbosity at the call site. But both approaches are essentially identical:

The Microsoft.FeatureManagement library is a new library being developed by the Azure team to standardise feature management in ASP.NET Core apps. It is currently in preview, and relies on the configuration system for controlling which features are enabled. In this post, I showed how to create simple features, and how to check for them in your apps using the IFeatureManager interface. 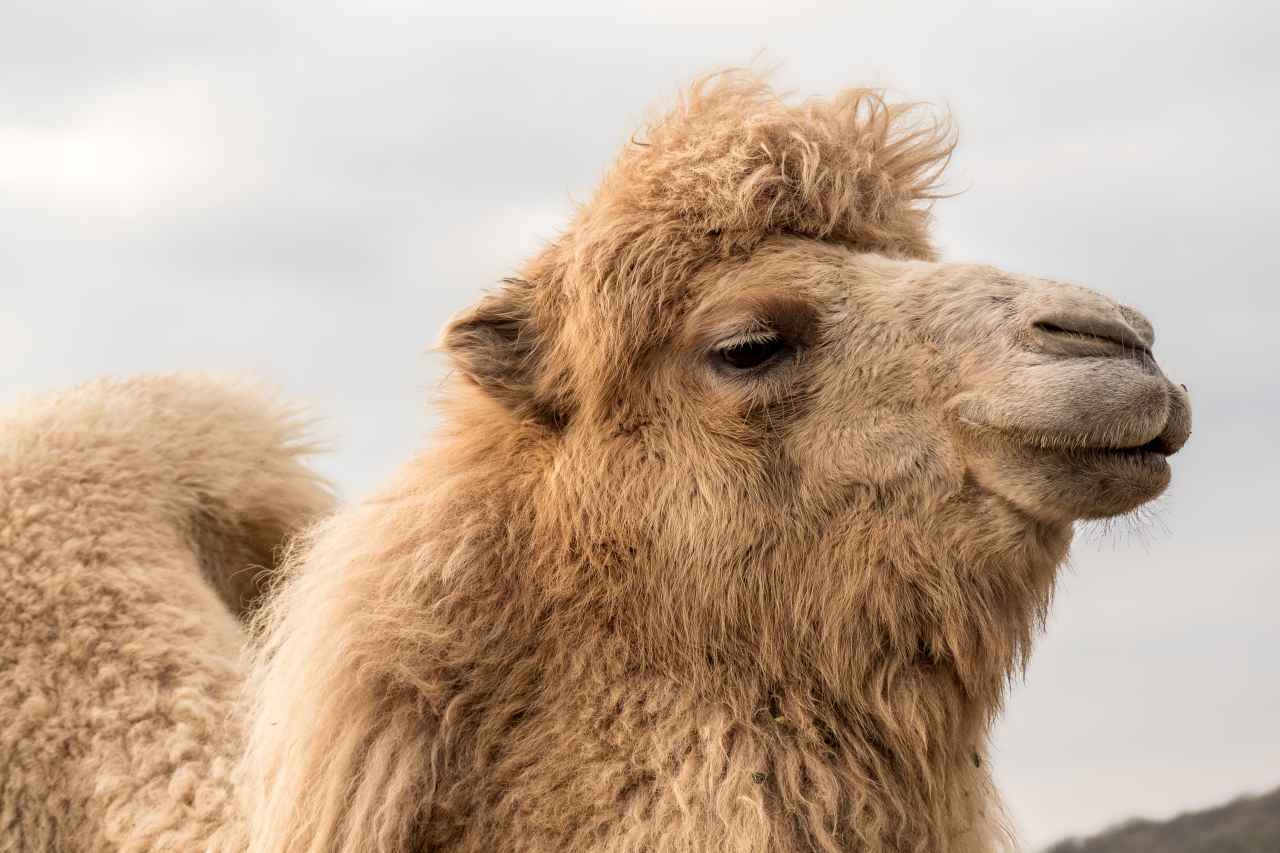 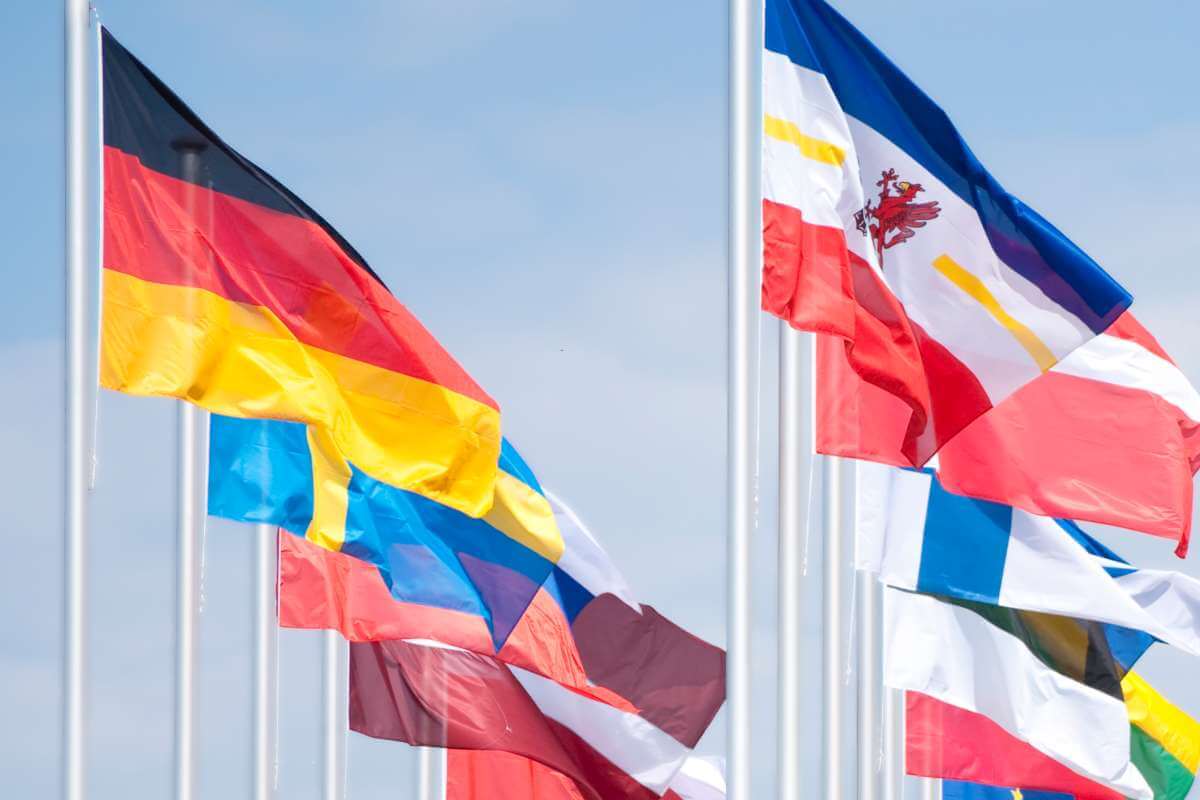