I'm quite a fan of source generators in C#, and I've written several posts about using them in your applications. I recently updated a library for generating strong-typed IDs, called StronglyTypedId to use .NET's built-in source generator support rather than a custom Roslyn task.

For example, the LoggerMessage source generator that is part of the Microsoft.Extensions.Logging library in .NET 6 uses a [LoggerMessage] attribute to define the code that will be generated:

In both of these cases, the attribute itself is only a marker, used at compile-time, to tell the source generator what to generate. It doesn't need to be in the final compiled output, though generally it won't be a problem if it is.

The question I'm tackling in this post is: where should those marker attributes be defined?

In some cases, there is a trivial answer. If the generator is an enhancement to an existing library that has some functionality the user needs, then the generator can simply be packaged with that library.

For example, the LoggerMessage generator is part of the Microsoft.Extensions.Logging.Abstractions library. It is packaged in the same NuGet package that people will install anyway, and the marker attributes are contained in the referenced dll, so they will always be there. This is the "best case" scenario as far as marker attributes are concerned. 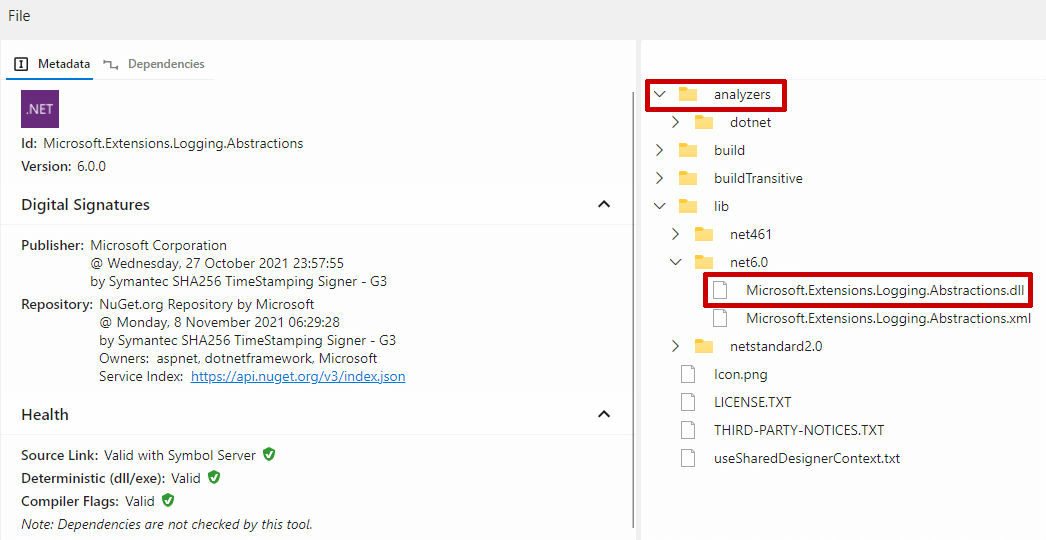 But what if you have a library that is only a source generator. You still need to reference those attributes, so on the face of it, you have 3 main options.

Each of these has its advantages and disadvantages, so in this post I'll talk through the pros and cons of each, and which one I think is the best.

1. Adding the attributes to a users compilation

For .NET 6's incremental generator API, this hook is called RegisterPostInitializationOutput(). You don't have any access to the user's code at this point, so it's only useful for adding fixed code, but the user can reference it, and you can use code that references it in your source generator. For example

This hook is seemingly tailor made for adding marker attributes to the user's compilation, which you can then use later in the generator. In fact, this scenario is explicitly called out in the source generator cook book as "the way" to work with marker attributes.

And most of the time, this works perfectly.

Where things fall down, is if a user references your source generator in more than one project. The class MyExampleAttribute would be added to two projects, in the HelloWorld namespace. If one of your projects references the other, you'll get a CS0436 warning, and a build warning along the lines of:

The problem is we've defined the same type, in two different projects, and the compiler can't distinguish between them. So how can we solve that?

The obvious solution is to make the attribute internal instead of public. That way each project will only reference the MyExampleAttribute added to that specific project. And that will work 🎉

However, it won't work if someone is using [InternalsVisibleTo]. At that point, effectively all internal types are public, so we're back to square one.

Now, maybe you're thinking, "people don't really use [InternalsVisibleTo] do they?". Well, I originally took this approach in my StronglyTypedId and I can confirm yes, yes they are. But I'm not one to judge, our AssemblyInfo.cs file for my day job contains 22 [InternalsVisibleTo] attributes!

The big problem is that there's no workaround for users here. They're just broken in that scenario. So lets look at another option.

2. Ask users to create it themselves

The next option is to ask users to add the attribute themselves. You might be wondering how or why that helps, but the key is that the users can add it once, and use the same attribute throughout their whole solution. Instead of the source generator adding to every project, the user creates MyExampleAttribute in their "domain helpers" class (for example).

This approach isn't actually as weird or backwards as it seems on the face of it. In fact, there are a number of C# features which use exactly this approach. I mentioned one such case in a recent post when I mentioned using the [DoesNotReturn] attribute. This attribute is used for nullable flow-analysis among other things, but it's only defined in the BCL for .NET Core 3. That means you can't use it if you're targeting .NET Core 2.x or .NET Standard right?

Well, no! The C# compiler uses the "add it yourself" approach. It doesn't care where the attribute is defined, as long as it's defined somewhere. That means you can add it to your own project (making sure to use the correct namespace), and the C# compiler will "magically" treat it the same as the "original".

We could take exactly the same approach with source generators. However, asking users to do this just feels a bit like hard work. Also, it's fine for a super basic attribute like [DoesNotReturn], but what about a complex attribute like [StronglyTypedId]?

Asking a user to add that, getting everything exactly correct so it doesn't break the generator seems like a non-starter to me. On top of that, you lose the ability to evolve your API, as users would have to update this code every time they update your project. That seems like a recipe for support calls…

So that leaves us just one remaining option.

3. Reference the marker attributes in an external dll

Note that I'm being deliberately cagey about how or where that dll comes from, as there's lots of options. The [LoggerMessage] generator, for example, relies on attributes that are present in the Microsoft.Extensions.Logging.Abstractions NuGet package, which also contains the generator. This is particularly convenient as the generator can be sure the attributes are always available for use, and vice versa; if the attribute is available, so is the generator.

If your generator is an "optional extra" to a "main" dll, then this approach makes perfect sense. A similar argument could be made for including the generator in a separate package, which the "main" package then takes a dependency on, similar to the way this is done for analyzers in some projects. Source generators are really like fancy analyzers, so many of the same patterns should apply. For example, the main xunit package takes a dependency on the xunit.analyzers package.

This approach makes sense if your generator is an "added extra" to a main package. By keeping the dependency chain this way, it ensures that if the marker attributes are present (in the xunit package for example), then the generator will always be referenced.

Although it's possible to install the generator package (e.g. xunit.analyzers) without the main xunit package, attempting to use the marker attributes would be a compile error, so the behaviour is expected.

But going back to the original problem, what if you have a "standalone" generator, that is just a source generator? We don't really have to introduce a NuGet package that only contains the attributes, just to work around this do we?

I tried several different approaches to tackling the issue with my StronglyTypedId generator project. And rather than jump straight to the solution, In the next post I'm going to make you suffer along with me as I talk through some of the approaches I tried, how I failed, and ultimately the solution I settled on.

In this post I described what "marker attributes" are in the context of source generators, and how they can help drive the code generation. I then discussed the question of how the attributes should be added to the compilation.

Conventional wisdom uses the source generator itself to add them to the compilation, but this can run into problems when users use the [InternalsVisibleTo] attribute. As a workaround, we could ask users to add the attribute itself, as the C# compiler does in some cases. Alternatively, we could add the attributes to a dll, and reference that dll somehow. There are lots of different options for how to achieve this. In the next post I'll explore some of these, and describe the solution I settled on. 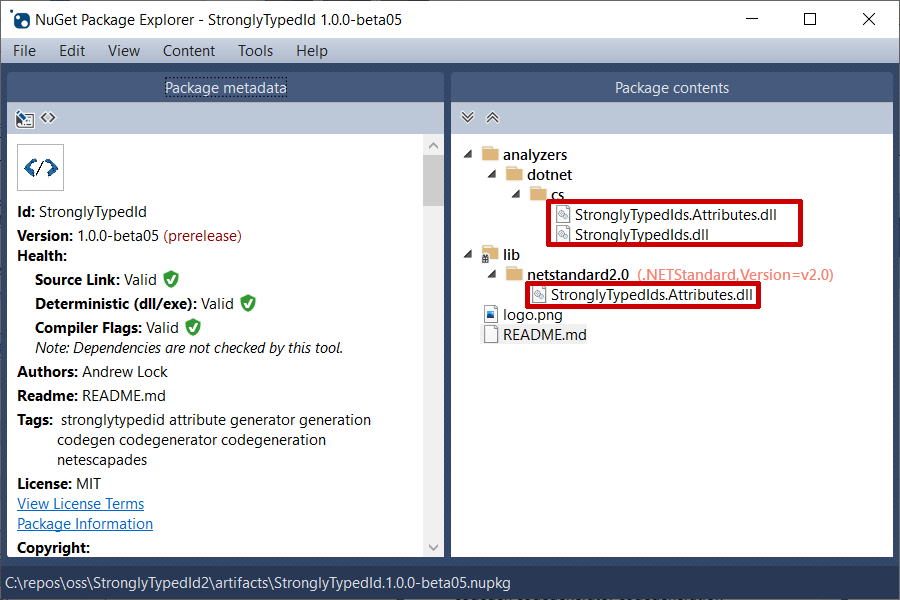