The first feature we'll look at fixes an issue that's been around for quite a while. .NET Core 3.0 and C# 8 added support for IAsyncDisposable, which, as the name implies, is an async equivalent of the IDisposable interface. This allows you to run async code when disposing resources, which is necessary to avoid deadlocks in some cases.

One obvious place that would need to support IAsyncDisposable is the DI container in Microsoft.Extensions.DependencyInjection, used by ASP.NET Core. Support for this was added in the same timeframe, in .NET Core 3.0, but support was only added to IServiceProvider, it wasn't added to scopes.

As an example of when that's an issue, imagine you have a type that supports IAsyncDisposable but doesn't support IDisposable. If you register this type with a Scoped lifetime, and retrieve an instance of it from a DI scope, then when the scope is disposed, you will get an exception. This is shown in the following sample .NET 5 application:

This example program will throw an exception when the Scope variable is disposed.

Instead, the solution taken in this PR allows container implementations to opt in slowly:

For the built-in ServiceScope, which does support IAsyncDisposable, this solves the problem. In .NET 6, you can use await using with CreateAsyncScope() and there are no problems.

If you're using a custom container, and it doesn't support IAsyncDisposable, then this will still throw. You will either need to make Foo implement IDisposable, or update/change your custom container implementation. The good news if you're not currently running into this issue is that you can still use the CreateAsyncScope() pattern, and then when the container is updated, your code won't need to change.

In general, if you're manually creating scopes in your application (as in the above example), it seems to me that you should use CreateAsyncScope() wherever possible.

In Startup, you would add the ConfigureContainer() method (shown below) and do your Autofac-specific DI registration:

In .NET 6's new minimal hosting, the patterns above are replaced with WebApplicationBuilder and WebApplication, so there is no Startup class. So how are you supposed to do the above configuration?

For a more in-depth look at the new minimal hosting APIs, see the earlier posts in this series.

In .NET 6, you still need to do the same 2 steps as before, you just do them on the Host property of WebApplicationBuilder. The example below shows how you would translate the Autofac example to minimal hosting:

As you can see, the Host property has the same UseServiceProviderFactory() method has before, so you can add the AutofacServiceProviderFactory() instance there. There is also a ConfigureContainer<T> method that takes a lambda method, with the same shape as the method we used in Startup previously. Note that the T here is container-specific, so it's ContainerBuilder for Autofac, ServiceRegistry for Lamar etc.

This example is taken from this great "Migration to ASP.NET Core in .NET 6 " gist from David Fowler. If you're stuck trying to work out how to migrate to the new minimal hosting APIs, be sure to take a look at it for pointers and FAQs.

Detecting if a service is registered in the DI container

The next new feature we'll look at was introduced in .NET 6 to support features in the new minimal APIs. In particular, minimal APIs allow you to request services from the DI container in your route handlers without explicitly marking them with [FromService]. This is different to MVC API controllers, where you would have to use the attribute to get that feature.

Obviously, you'd normally use constructor injection for this, I'm just making a point!

The problem for the minimal API is that it now has no easy way of knowing the purpose of a given parameter in the lambda route handler.

One (bad) solution would be for the API to always assume it's a service, and try and grab it from the DI container. However, doing this would try and create an instance of the service, which might have unintended consequences. For example, imagine if the container writes a log every time you try and retrieve a service that doesn't exist, so you can more easily detect misconfigurations. That could have performance implications if a log is written for every single request!

Instead, what ASP.NET Core really needs is a way of checking if a type is registered without creating an instance of it, as described in this issue. .NET 6 adds support for this scenario by introducing a new interface, IServiceProviderIsService to the DI abstractions library Microsoft.Extensions.DependencyInjection.Abstractions.

Note that this interface is meant to indicate whether calling IServiceProvider.GetService(serviceType) could return a valid service. It doesn't guarantee that doing so will actually work, as there are an infinite number of things that could go wrong when trying to construct the service!

You can see an example of how we could use the new interface below. This pretty much mirrors how ASP.NET Core uses the service behind the scenes when creating minimal API route handlers:

I don't envisage using this service directly in my own apps, but it might be useful for libraries targeting .NET 6, as well as provide the possibility of fixing other DI related issues.

If you're cringing at the name, IServiceProviderIsService, then don't worry, so is David Fowler who originally suggested the feature and implemented it:

Additional diagnostics for the DI container

The dotnet-trace global tool is a cross-platform tool that enables collecting profiles of a running process without using a native profiler. It's based on the .NET Core EventPipe component, which is essentially a cross-platform equivalent to Event Tracing for Windows (ETW) or LTTng.

Additionally, the hash code of the IServiceProvider is included in all the events, so you can more easily correlate between different events, if required. For example the following installs the dotnet-trace global tool, and starts a simple ASP.NET Core .NET 6 app, collecting the DI events:

The resulting trace can be viewed in PerfView (on Windows). The screenshot below shows that the Events have been recorded. You can just see the start of the descriptors for the ServiceProviderDescriptors event on the right:

This feature was part of a larger push to add more diagnostics to .NET 6, but most of the suggested diagnostics didn't make it in time for .NET 6. The DI diagnostics were the exception!

Trying to improve the performance of TryAdd* methods

The final feature in this post covers an improvement that didn't quite make it into .NET 6. I still think it's interesting nevertheless!

The issue in question came to light when performance aficionado Ben Adams was doing his thing, reducing allocations in ASP.NET Core. With a relatively minor change, he reduced the number of closure allocations for Func<ServiceDescriptor, Boolean> from 754 objects to 2 during startup of an ASP.NET MVC app.

While the fix was quickly accepted, a pertinent question was raised by Stephen Toub

The problem is due to the fact that when most of the ASP.NET Core "core" framework adds services, it checks that it's not adding a duplicate service by using TryAdd* versions of the method. The logging extension method AddLogging(), for example, contains code like this:

Because of the "pay-for-play" style of ASP.NET Core, the AddLogging() method might be called by many different components. You don't want to have the ILoggerFactory service descriptor registered multiple times, so TryAdd* first ensures that the service isn't already registered, and only adds the registration if this is the first call.

Unfortunately, currently, checking that a service isn't already registered required enumerating all the services that have already been registered. If we do that every time we add a new service, then you get the O(N²) behaviour described in the above issue. Further investigation by Ben showed this to be the case.

These additional methods would use a Dictionary<> to track which services had been registered, reducing the cost of looking up a single service to O(1), and making the startup registration of N types O(N), much better than the existing O(N²).

The reason is summed up in this comment by Eric Erhardt:

As always with performance, you have to make sure to measure. Otherwise you can't be sure your fix has actually fixed anything! In this case, we're now storing an extra dictionary in the ServiceCollection, in addition to the list of descriptors.

That's a lot of extra objects being stored, created, managed, so it's not clear-cut that it will definitely improve startup performance. Unfortunately, the performance tests weren't finished in time for .NET 6, so the improvement never made it. Hopefully it returns in a future version of .NET instead!

In this post I described some of the new features added to the DI libraries in .NET 6. Better support for IAsyncDisposable was added to IServiceScope, the ability to query whether a service is registered in DI was added, and new diagnostics were added. In addition I showed how to use a custom DI container with the new minimal hosting APIs, and talked about a performance feature that didn't make it into .NET 6. 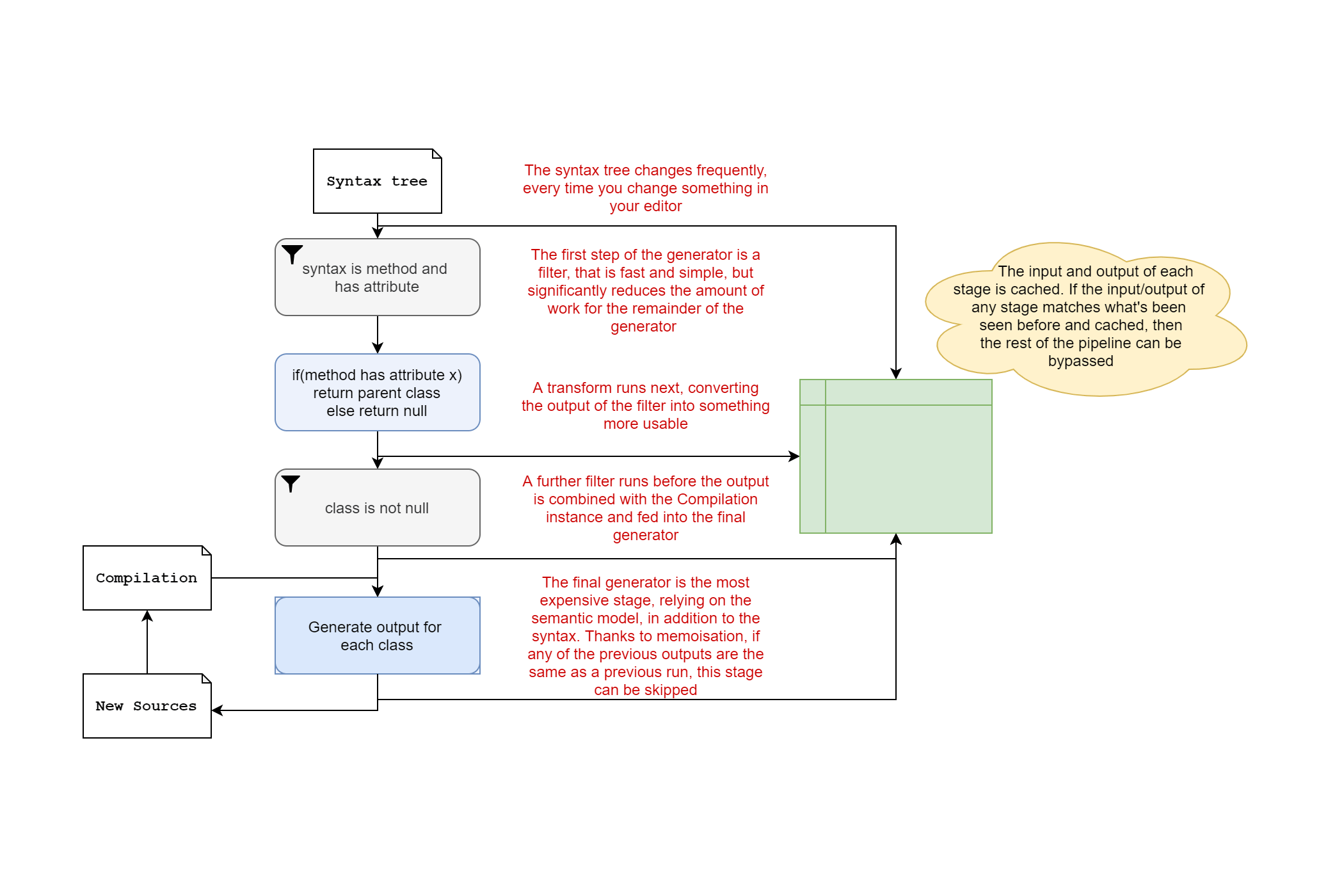 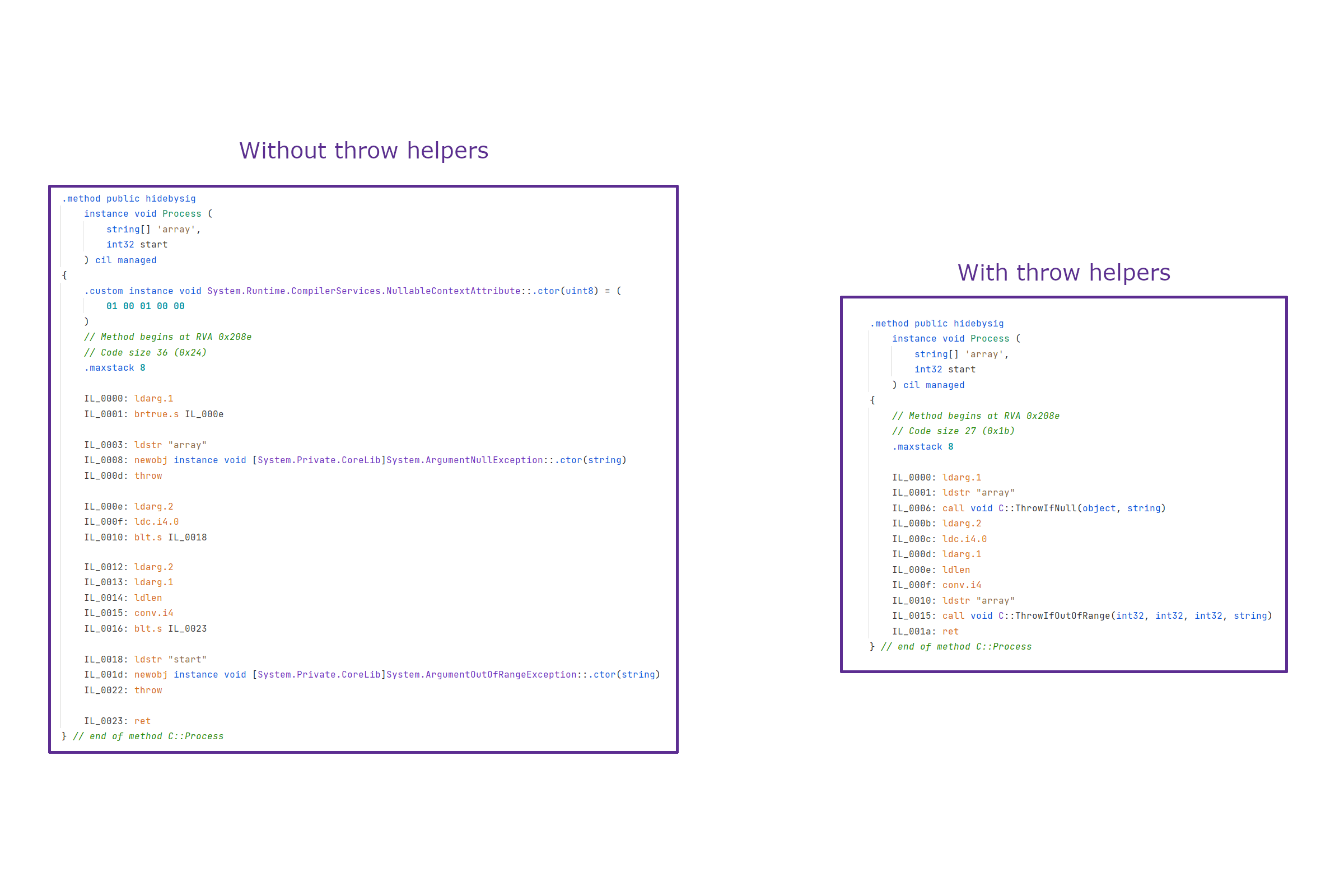