I was listening to the Azure DevOps Podcast with Jeffrey Palermero recently and heard Kathleen Dollard mention that there were some updates to the global.json file and .NET Core SDK in 3.0. This post explores those additions and the effects they have on SDK selection for a machine with multiple SDKs installed.

The official documentation for this behaviour covers everything in this post, but I found it pretty hard to internalise the various rules it describes. This post primarily adds some extra background, a couple of pictures, and explores the rules using examples to make it easier to grok!

Before we start, it's important to understand the difference between the .NET Code runtime and the .NET Core SDK:

Generally speaking, you need to choose the version of the .NET Core runtime you use carefully. Different versions have different support windows (depending if they're LTS or current) and have different features. It's the runtime version that you specify in the <TargetFramework> element of your project file. For example, the project file below specifies that the .NET Core 3.1 runtime should be used:

An important thing to note, is that the .NET Core SDK is supposed to be backwards compatible. So the 3.1.101 SDK can build .NET Core 2.1 applications and 2.2 applications etc as well. In other words, you generally don't need to use a specific version of the .NET Core SDK. Any SDK that is high enough will do.

Specifying a specific SDK version with a global.json

Typically then you shouldn't have to worry about which versions of the SDK you have installed. Backwards compatibility means that the most recent SDK should be able to build everything.

Unfortunately that's not always the case: bugs creep in, features change, and sometimes you need (or want) a specific version of the SDK installed. Some peripheral things change from version-t0-version too, such as the project templates that you use with dotnet new. The templates that come with the .NET Core 1.0 SDK are very different to those that come with the .NET Core 3.1 SDK for example.

Whenever you run a dotnet SDK command like dotnet build, dotnet publish, or dotnet new, the dotnet.exe entrypoint looks for a global.json file in the same directory as the command being run. If it doesn't find one, it looks in the parent directory instead. If it still doesn't find one it keeps working up through the parent directories until it finds a global.json file, or until it reaches the root directory.

At this point dotnet.exe will either have the "nearest" global.json file, or no file at all. It then uses the values in the global.json file (or the absence of the file), to decide which SDK version to use to handle the command (dotnet build etc).

The rules governing which version to use depends on four things:

We'll look at how each of those affect the final version of the SDK selected in the remainder of the post.

How to see which versions of the .NET Core SDK you have installed

The first variable for determining which version of the .NET Core SDK will be used to run a command, is which SDKs are available. Thankfully that's easy to check in .NET Core 3+, as you can use dotnet --list-sdks.

Running the command on my machine, I get:

This shows that I have 9 SDKs currently installed (all in C:\Program Files\dotnet\sdk).

A slightly tricky aspect of the .NET Core SDK, is that it doesn't really use the semantic versioning that you may be familiar with, and which the runtime uses. It kind of does, but it's a bit more complicated than that, (plus it's changed throughout the last few versions of .NET Core).

Currently, the .NET Core SDK version number is broken down into 4 sections. For example, for the 2.1.801 SDK version:

Those different sections will become important in the next section, when we look at "roll-forward" policies. Broadly speaking, the major and minor version numbers align with the major and minor version of .NET Core, e.g. 2.2 or 3.1. The feature version is the complicated one, where it gets incremented when new features are added to the SDK (potentially without any changes in the runtime). The patch version is for patches to a given feature version.

The global.json schema in .NET Core 1/2 is very limited

The global.json file has been available since .NET Core 1.0, and up until the recent changes in .NET Core 3.0, it had a very simple structure:

To be precise, the legacy behaviour was to use the patch roll-forward policy which we'll discuss shortly.

Specifying a single version was often rather limiting. In many cases the intention of the version number was used to indicate either a minimum SDK that was needed, or alternatively a maximum major version. Unfortunately the version field does not support wildcards, so that wasn't possible, and proved a poor substitute.

That's a pain, as it forces anyone using your project to install a new SDK version, when they may well have one that works just fine already.

Additions to global.json in .NET Core 3.0

In NET Core 3.0, the global.json file got a couple of important updates, the rollForward and allowPrerelease fields:

The algorithm for determining which version of the SDK to use was relatively simple in .NET Core 1.x/2.x - if a global.json was found and the requested SDK version was installed, that version (or a patched version) was used.

In .NET Core 3.0 the algorithm gets rather more complex, giving you extra controls. The flow chart below shows how values for the version, allowPrerelease, and rollForward values are determined based on the presence of the global.json, whether each field is present in the global.json, and whether or not the command is being run explicitly from the command line, or it's being run implicitly by Visual Studio (VS) (for example when Visual Studio runs a build):

At the end of this flow chart, we have values for the following:

This brings us to the most complex section, understanding the roll-forward policy, and how each option controls which version of the SDK is selected.

The roll-forward policy is used to determine which of the various installed SDKs should be selected when a given version is requested. By changing the roll-forward policy, you can relax or tighten the selection criteria. That's a bit vague, but we'll looks at some examples soon.

In .NET Core 3.x, there are now nine different values for the rollForward policy, which can broadly be separated into three different categories:

Next we have the conservative roll-forward policies, which get progressively more lenient in looking for suitable SDK versions:

Finally we have the "latest" roll-forward policies, which always try and use the latest versions of suitable SDKs:

I'm aware that's a lot of information to digest! The conservative policies in particular are quite confusing, as the patch policy works subtly differently to the others. I think it's easiest to understand the differences by looking at examples, so the next few sections run through various scenarios, and describe the results in each case.

In each of these scenarios, I'm building a project on a system with the following SDKs installed (listed using dotnet --list-sdks):

You can view the SDK version that was selected based on a given global.json by running dotnet --version in the same folder. When there is no global.json in the folder (or in any parent folders) you should see the latest SDK installed on your machine:

Note that I'm ignoring the allowPrerelease flag in these tests. It doesn't have any impact if you don't have preview SDK versions installed. If you do have preview SDKs installed, the results will follow the same patterns shown below.

When the requested SDK version is available

Lets start first by selecting an SDK version that does exist on the system, 2.1.600, and see which SDK version is selected for all the different rollForward values. I create a global.json (by running dotnet new global.json) and change the rollForward property to test each policy:

Running dotnet --version after applying each of the roll-forward policies in turn gives the following results:

When the requested SDK version is not available

Now lets try requesting an SDK version that doesn't exist on our machine, 2.1.601. Other than that, we have the same global.json and the same SDKs installed.

Running dotnet --version after applying each of the roll-forward policies in turn gives the following results:

The results are almost identical to the previous case, with the following exceptions:

When no higher patch version exists

Finally, let's imagine that we've requested the 2.1.605 SDK, which has a higher patch version than any of the 2.1.6xx SDKs installed on the machine. Let's see what happens in this case:

Now we have some interesting results:

You could take these experiments further, but I think they demonstrate the patterns pretty well. That leaves just one final question…

In general, I suggest you don't use a global.json if you can help it. This effectively gives you the latestMajor policy by default, which uses the latest version of the .NET Core SDK, ensuring you get any associated bug fixes and performance improvements.

If you have to use a global.json and specify an SDK version for some reason, then I suggest you specify the lowest SDK version that works, and apply the latestMinor or latestFeature policy as appropriate. That will ensure your project can be built by the widest number of people (while still allowing you to control the range of SDK versions that are compatible).

In this post I looked in some depth at the new allowPrerelease and rollForward fields added to the global.json file in .NET Core 3.0. I described the algorithm used to determine which version, allowPrerelease, and rollForward values would be used, based on the presence of a global.json and whether or not you were running from Visual Studio. I then showed how each of the roll-forward policies affects the final selected SDK version.

Having the additional flexibility to define ranges of SDK versions is definitely useful, but should be used sparingly where possible. It can be easy to add accidental onerous requirements on people trying to build your project. Only add a global.json where it is necessary, and try to use permissive roll-forward policies like latestMajor or latestMinor where possible. 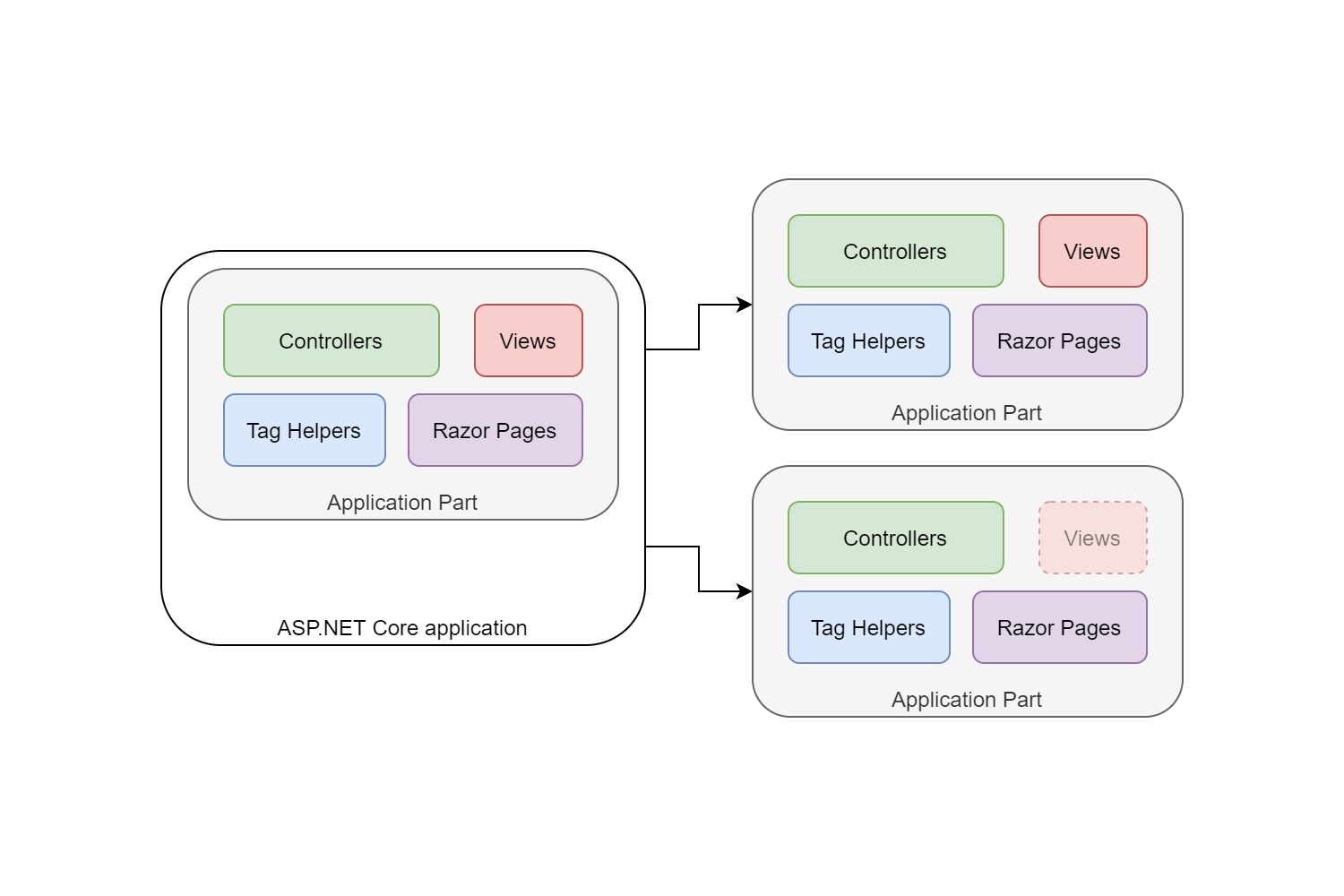